Cardi B and JT are now at odds, just about a week since Cardi and Akbar went off on Twitter.

It seems that the blow-up occurred after the City Girls rapper tried to be petty after she posted congratulations to GloRilla for her track “Tomorrow 2” featuring Cardi B but did not mention the Bronx rapper, who is clearly the reason the track is successful as the original did not even get on the Hot 100.

On Monday afternoon, it was announced that the track debuted at No. 9 on the Hot 100 chart, the highest-ranked song GloRilla has had, and the chances of the song climbing to No. 1 is also very likely.

After JT was called out, she had an explanation.

“NAH actually the tweet was too long!” JT said. “PLUS Cardi Been having top 10’s I been congratulating her for years this is GLO first one, I’ve been ignoring y’all but y’all are hella annoying, move round & get off my DICK thank YOU!”

Cardi B appeared to throw a barb in response to JT – “Lapdog,” she tweeted.

JT also responded indirectly to Cardi. “I hope you don’t think you no BULLY!!!” she said in one tweet and added in another: “Weiner dog.”

JT, however, directly addressed Cardi’s tweet as she insulted her purported writing skills, riding on the rumors that she uses ghostwriters for her raps.

“Cardi you go fetch a real talent! We DM’ing why you come back here to put on a show for these KIDS?”

Cardi B then responded to JT as she noted the women were in the DMs talking when JT continued to be shady.

The Bronx rapper went in for the kill as she insulted the City Girl’s track record and noted that Quality Control’s QC Pee had wanted her to work with the City Girls to boost their music. Their 2019 collab, “Twerk,” was one of their biggest songs to date.

“So wait, me and you talking in the DM woman to woman, but YOU take it to your timeline and throw shots calling me a bully and a wiener,” Cardi posted. “Why you playing dumb? And YOU talking about a talent?! haaaaa! You forgot P tried to put me on wit your writer?”

“Matter fact, I’m not even doing this on the timeline!” Cardi said in another tweet. “It’s becoming real repetitive for doggy treats. We already addressing it in the DM’s. GOODBYE YALL.”

Cardi wrote, “I definitely didn’t…P wanted to put me in to your writers cause yall numbers make him pennies…….my talent speaks for itself tho,” Cardi said.

As if daring her, “Show me,” JT responded, to which Cardi B fired back with a tweet that had a bunch of screenshots of music videos where Cardi compared her collab with the City Girls’ “Twerk,” which had 227 M views while other City Girls collabs with Usher, Moneybagg Yo, and Fivio Foreign paled in comparison with under 100m.

To rub salt in the wounds, Cardi also shared two solo City Girls tracks, “Twerkulator,” which struggled with 17 million views over one year, and “Jobs,” which had even more abysmal numbers at 5.9m views since being released two years ago.

It seems that JT did not want the smoke any further as she didn’t want Cardi to show her any more receipts, instead writing, “Cardi please I’m not impressed I don’t care I’m not bout to beef with you about YouTube girl is crazy?”

Cardi B stopped addressing JT, but the City Girls rapper continued to engage followers who accused her of being messy.

“I wish I would ever let a chart make me feel less of a star! I literally came from NOTHING did this sh** with a rap I WROTE on the road hitting licks! I did my time like a real b***h & a b***h ain’t scratch me in there…” she wrote.

Meanwhile, fans also weighed in on the melee, with some taking Cardi B’s side.

“The girls chest feeling real strong talking down on the same person that gave them their biggest hit. Why tf would Cardi need your writers and hooks when they haven’t worked out for you in how long? YOU not even seeing the charts with them,” one Cardi B fan wrote.

“Saying thing while begging her in 2019 for a hit is insane,” another said about their “Twerk” collab.

Read the tweets below. 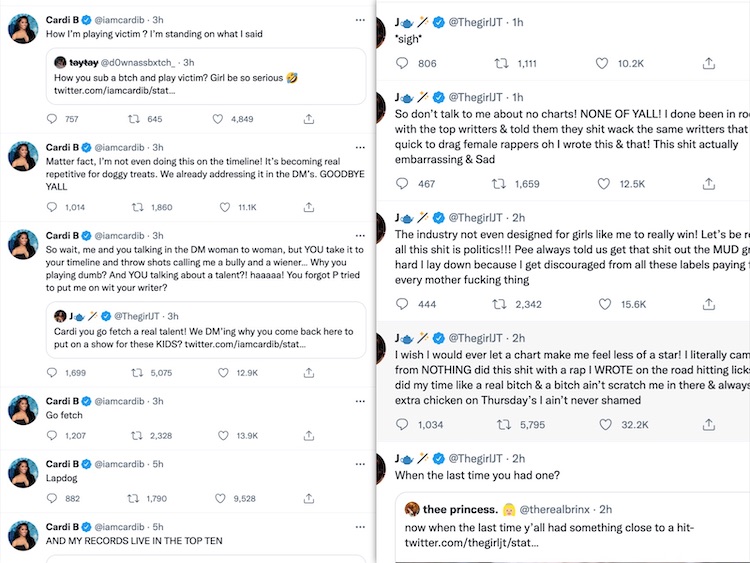 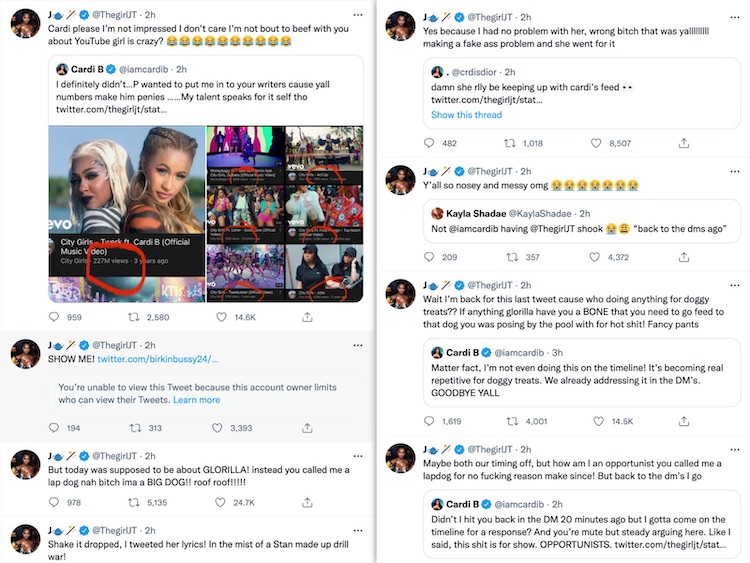 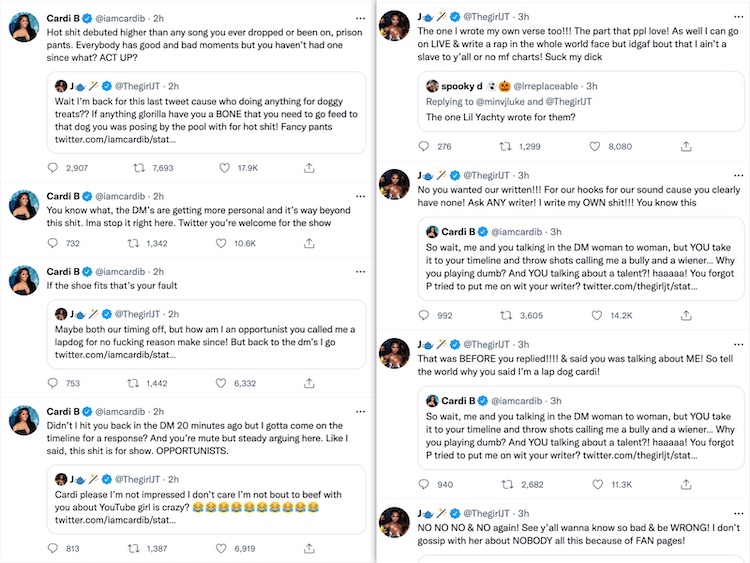 Ashanti Says She Is Ready To Have... 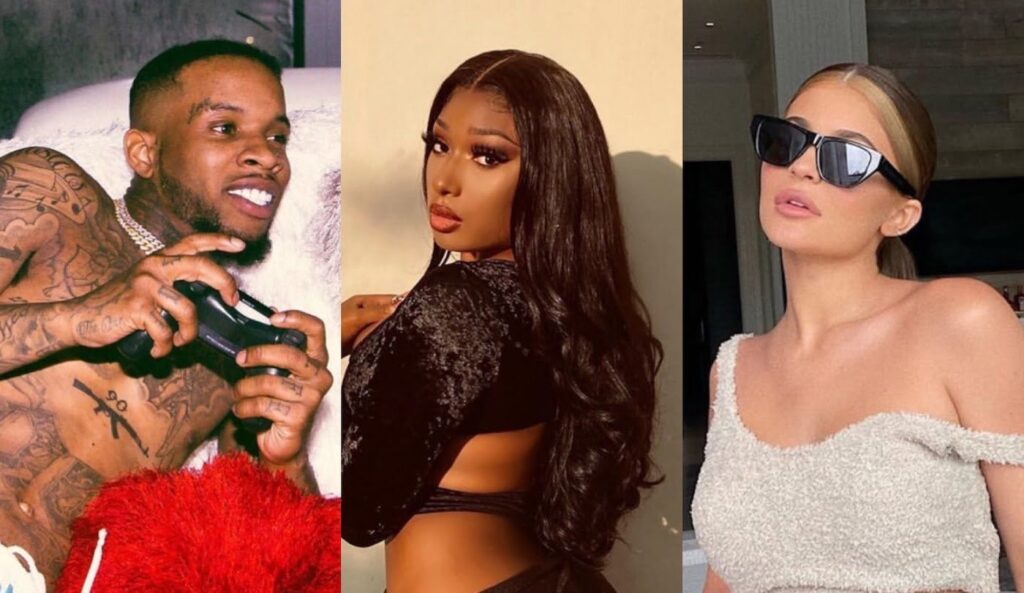 Theye back return to you Kennedy Darlings

Asian Doll Airs Out VLAD After Walking Out...

They’re back! Kennedy Darling,named to return to